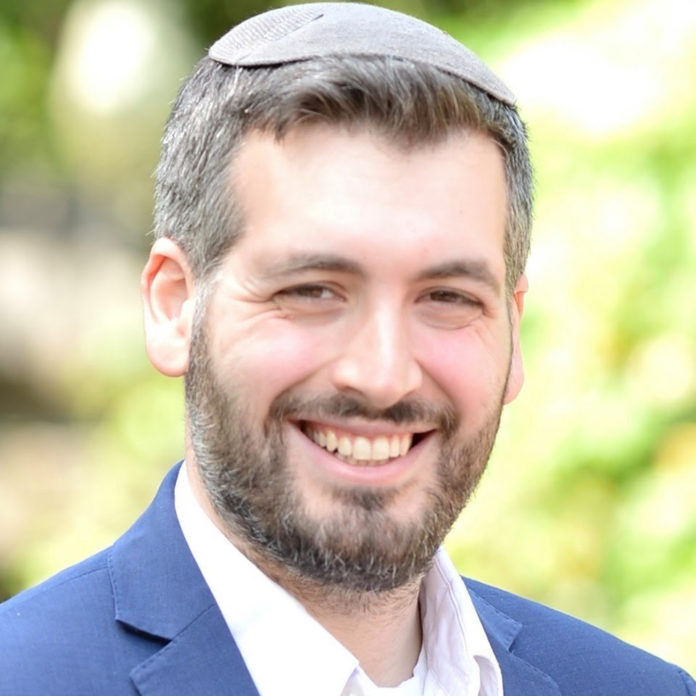 Since its founding over a century ago, the Anti-Defamation League (ADL) has been on the forefront of calling out violence and movements directed against the Jewish people.  Ever since the elevation of Jonathan Greenblatt to the top role, however, the ADL has reduced themselves to just another progressive organization, one that ignores real problems of the Jewish community for the sake of catering to the American woke Left.

The latest iteration of this nonsense came when the ADL hired their new Director of Jewish Outreach, Tema Smith.  Smith, who signals her virtue to the woke left by including her pronouns in the bio of both her regular and ADL twitter accounts, has a long history of attacking Jews when there is an opportunity.  As Daniel Greenfield described in JNS, “The ADL’s idea of “Jewish outreach” is an identity politics hire who spends her time castigating Jews for opposing critical race theory and intersectionality because of its inherent anti-Semitism.”  Smith has justified the actions of Hamas terrorists, insisted that Jews repent for defending Israel, and claimed that black people could not be anti-Semitic, but Jews are inherently racist.

After Smith’s hire, an even more ridiculous and bizarre ADL decision was uncovered.  In June of 2020, the ADL changed the definition of “racism” on its website.  The old definition was fairly straightforward, and one that anyone with an elementary school education could intuit.

“Racism is the belief that a particular race is superior or inferior to another, that a person’s social and moral traits are predetermined by his or her inborn biological characteristics. Racial separatism is the belief, most of the time based on racism, that different races should remain segregated and apart from one another.”

The new definition is one of those ideas that, as George Orwell puts it, is so stupid that only an intellectual could believe it.  “Racism”, according to the ADL, is “The marginalization and/or oppression of people of color based on a socially constructed racial hierarchy that privileges white people.”

The timing of this change coincided with the Black Lives Matter riots of 2020, in which dozens of people were killed, scores more injured, and billions of dollars in property damage occurred.  There was also video after video widely disseminated online of black rioters verbally and physically attacking white people.  There was endless commentary in leftwing media that blamed “whiteness” for the death of George Floyd (it should be noted that racism was never an accusation made in the trial of Derrick Chauvin.  Regardless, his actions were seen in the public as racist in intent and nature).  So the ADL did the bidding of the Left, and literally changed the definition of the word.

Changing definitions is now a common tactic on the Left.  Aside from normal words like “man”, “woman” and “marriage”, there are changes to newer words like “anti-vaxxer.”  According to a recent change made by Merriam Webster’s dictionary, “a person who opposes the use of vaccines or regulations mandating vaccination” is an anti-vaxxer.  So even if you oppose mandates, but pro vaccination, that is insufficient.

The problem is that while most of the religious Jewish community does not take the ADL seriously, the perception of the group among non-Jews and unaffiliated Jews is that it is representative of the Jewish people.  This means that when a leftist anti-semite like Ilhan Omar, who the ADL called “inspiring” is looking for cover, she can use the ADL.  This means that when Human Rights Watch wants to attack Israel, the ADL will stand right next to them.  This means that when there is a series of attacks on Jews in New York by black people, like there was in 2018, the ADL will run and hide, because black people are impervious to criticism because of their skin color.

So it is important for the Jewish world to announce in a loud and clear voice that the ADL is not our representative.  The ADL does not speak for Jews, and Jews should not fund an organization that works against their interest.  The ADL received over $47 million in donations in 2020, and has assets in excess of $200 million.  Defund them until they decide to no longer be the puppets of the left-wing authoritarians who could care less if the Jewish nation continues for another generation.

Moshe Hill is a political columnist and Senior Fellow at Amariah, an America First Zionist organization. Moshe has a weekly column in the Queens Jewish Link, and has been published in Daily Wire, Washington Examiner, and other outlets.  You can follow Moshe on his blog www.aHillwithaView.com, facebook.com/aHillwithaView, and twitter.com/HillWithView.