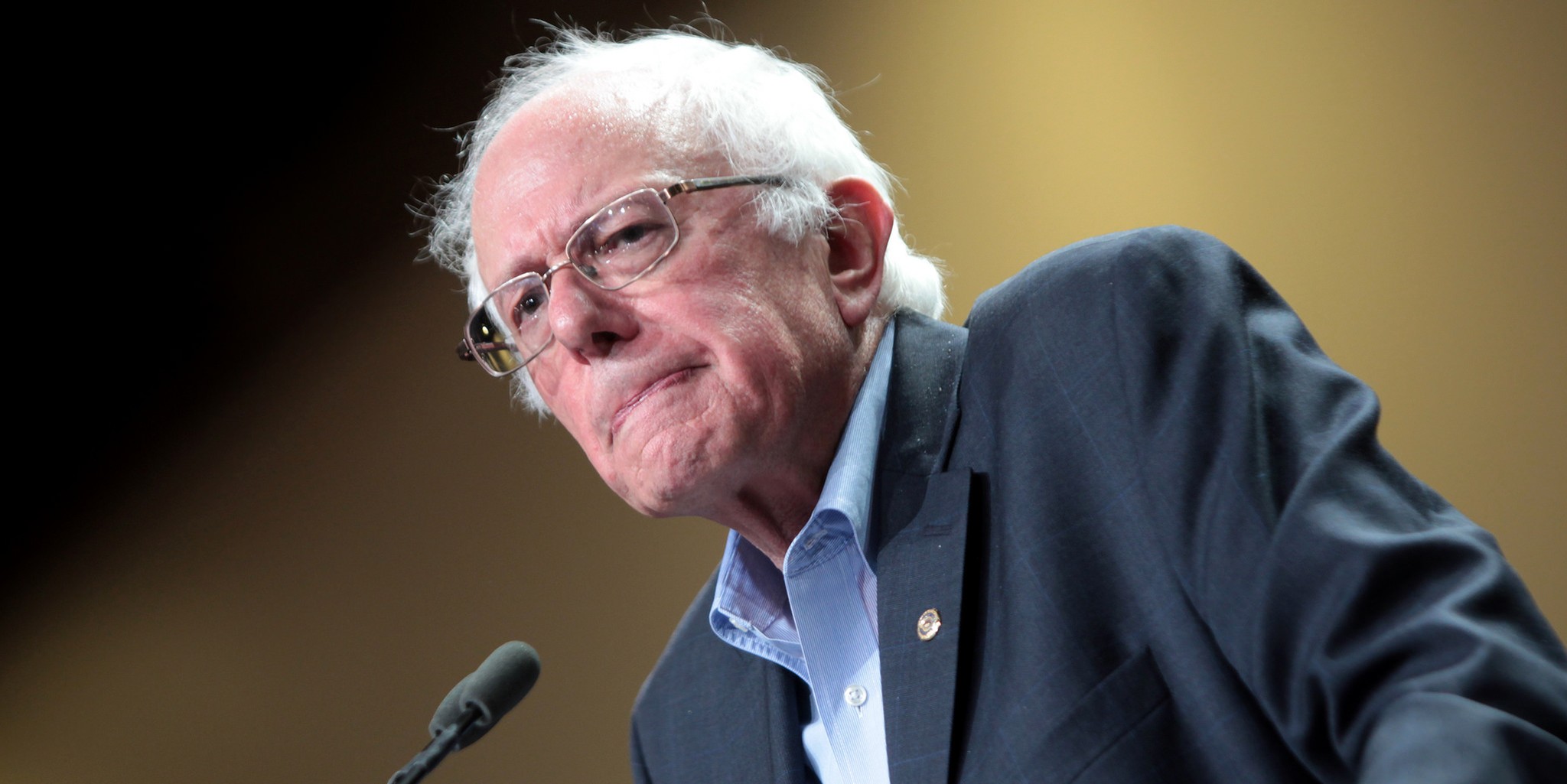 Bernie Sanders, whose poll numbers have been dropping faster than a Soviet political dissident when confronted by the KGB, unveiled his plan to garner that coveted millennial vote; proposing to cancel all student debt.  What Sanders is really doing is trying to box out Elizabeth Warren, who has been gaining ground on his left in the last few weeks.  Between the two of them, the Pandering Olympics are well underway.  The only thing that could stop them is common sense and economics.

Sanders, who was so lazy that he was kicked off a commune in the 1970s and honeymooned in the Soviet Union, has been steadily losing support.  His highest poll average, according to Real Clear Politics, was back on March 23rd, with 24%.  At the time, that put him 6 points below Biden, but 18 points above Elizabeth Warren, who only had 6.6% at the time.  Now, Sanders has plummeted to 15%, with Warren nipping at his heels with 11.9%.

This is because Warren has been running her “I have a plan” offensive, where she unveils a new plan to give away free stuff to voters by taxing the wealthy.  Warren doesn’t score much for originality, but the message is resonating with the left.  However, her latest pandering is fairly creative, where she manages to mix the topical slavery reparations during Pride month to create Pride Reparations.  Warren is essentially attempting to bribe the gay and lesbian community to vote for her.

Not to be outdone with the amount of people that can be bribed, Bernie goes after the tens of millions of people with student loans.  Student loan debt is approximately $1.6 trillion, and it will not go down anytime soon.  There is little to no incentive for colleges and universities to trim costs to the students.  Student loans are federally guaranteed, students are indoctrinated with the idea that if you don’t go to college you don’t have a future, and that combination leads to an explosive amounts of reckless borrowing.  Add on top of that the false promises that those loans will be forgiven, and even a wary student, balking at the repercussions of taking a six figure loan for a liberal arts degree, will sign up.

Sanders disingenuously compares forgiving student loan debt with bailing out Wall Street.  In 2008, the Economic Emergency Stabilization Act was bipartisan legislation that Sanders voted against.  At the time, Sanders was wary about putting such a burden on the American middle class.  “”In the midst of all of this,” Sanders said on the Senate floor at the time, “we have a bailout package which says to the middle class that you are being asked to place at risk $700 billion, which is $2,200 for every man, woman, and child in this country.”  Sanders doesn’t care about putting financial burdens on the middle class as long as they are burdens he agrees with.  By his own mathematical logic, the $1.6 trillion student loan bailout would cost $4,900 for every man, woman and child in this country.  That doesn’t faze Sanders.

If Sanders is asked these questions (which is doubtful, given the lack of integrity of the mainstream media), he will likely blame “millionaires and billionaires” and give the same canned responses that he’s been giving for decades.  The purpose of this move isn’t originality, it’s to coerce the Democratic Socialist lemmings he’s been leading back to his camp.  If this Hail Mary pass doesn’t work, his campaign is toast.