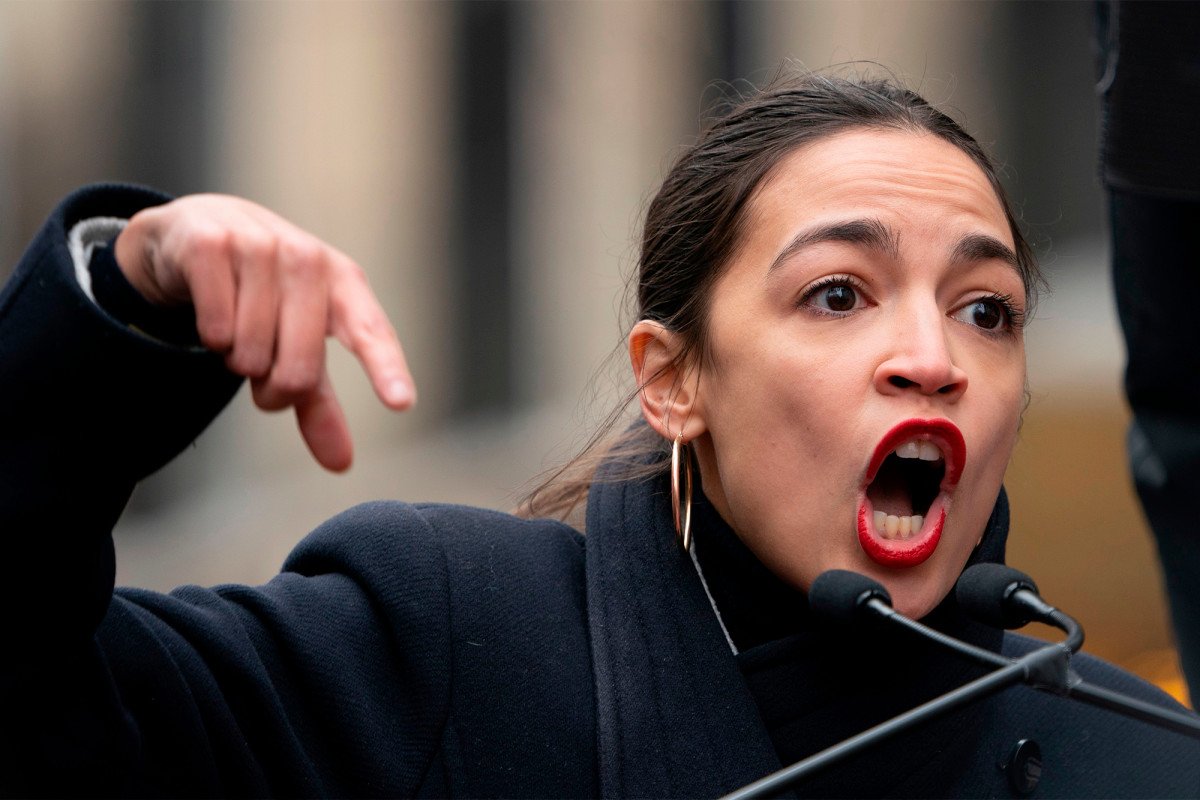 On Saturday, The thought leaders of the Democratic Party revealed the next step in their plan for complete open borders, shutting down the detention centers for families awaiting asylum (which Ocasio-Cortez again dubbed “mass concentration camps). In a statement from AOC,  Ilhan Omar, Rashida Tlaib, and Ayanna Pressley, they refer to ICE as “radicalized, criminal agencies”, accused them of “destroying families and killing children” and committing “blatant human rights abuses”.  Their solution?  Close the facilities and release all illegal immigrants into the country via “community-based alternatives to detention”. 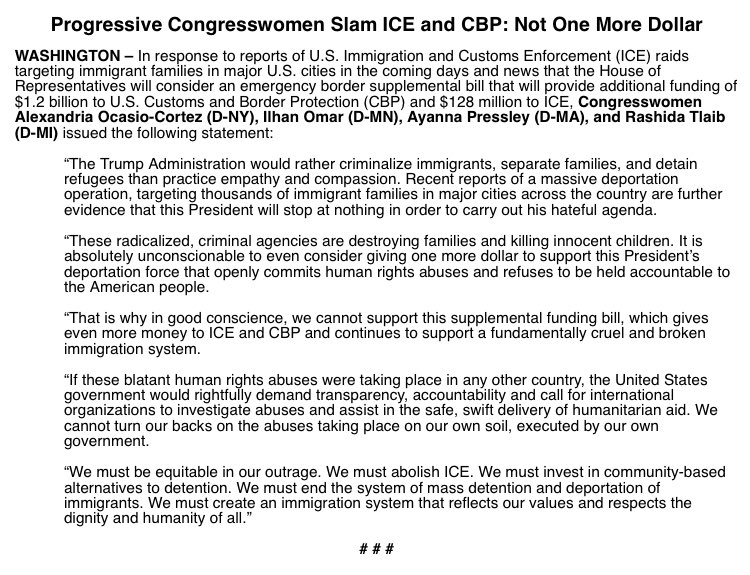 This is so insanely disingenuous it’s hard to believe the gall these congresswomen have to suggest it. With full knowledge that the majority of illegals have a destination for “sanctuary cities”, where ICE will not be called even if an illegal immigrant murders and American citizen, this statement essentially calls for resident status for the tens of thousands of people awaiting asylum decisions. This will only exacerbate the problem of illegal immigration, as more migrants will flow through our southern border know they have a free pass.
This statement comes in the aftermath of the Trump administration announcing raids and deportations  this weekend.  Elected representatives all over the country, such as California Governor Gavin Newsom and Congresswoman from New York Kathleen Rice, put out statements and messages on what to do if ICE shows up at your door. Their followers and supporters happily compared ICE agents to Nazi stormtroopers, coming to take innocents to the camps.
As endlessly stated by conservative pundits, the illegal immigrants enter the detention centers of their own volition (as they have entered this country requesting asylum, knowing exactly where they would go), and can leave any time if they withdraw their asylum request and return to their home country. The endless comparisons to the forced relocation and extermination of citizens during the Holocaust is truly despicable.  Studies show that 41% of millennials don’t know that 6 million Jews were killed in the Holocaust. When they see pictures of cramped beds and reports of a few people dying from illness, they assume that’s the extent of the Holocausts brutality.  The mass graves would tell a different story, as would the gas chambers and crematoriums.
It is well known the Omar, Tlaib and Ocasio-Cortez are supporters of he BDS movement and have strong relationships with well-known antisemites, like Linda Sarsour. At the same time they dismiss the Holocaust to push their own radical political agenda, they call for the destruction of the Jewish State. Members of their caucus have repeatedly covered their antisemitism, and allowed them to become the thought-leaders and policy makers of the Democratic Party. These people should not be lecturing anyone on human rights abuses when they don’t appreciate the magnitude of their own classifications. The House of Representatives should find more money for ICE facilities. If this statement is anything, it’s an endorsement to do the opposite of what they say.
Subscribe to ahillwithaview.com for more content from Moshe Hill
Like Moshe Hill on facebook at facebook.com/ahillwithaview and follow on Twitter @TheMohill