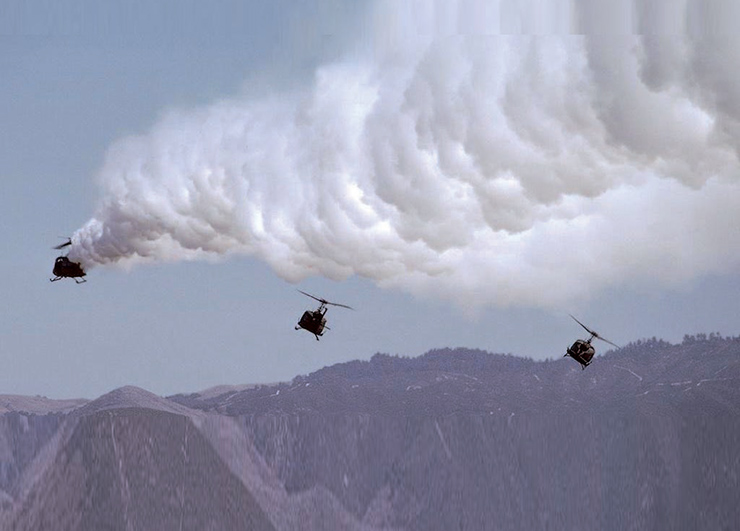 The 2020 Presidential race is underway, with two dozen Democrats throwing their hats in the ring to oust President Trump. These contenders have hit the trail hard, with varying degrees of success attempting to separate themselves from the pack. To do so, they are taking policy positions on many issues. The media coverage, however, has been the never-ending rehashing of the 2016 election. This is because the media knows that balanced coverage of some of the key issues facing our nation is bad for 2020 hopefuls, as their proposals would either make the problems worse, or are nationally unpopular.
Over the last few weeks, the singular focus has been the Mueller Report and the way it has been handled by Attorney General William Barr. Of course, this is an important story. The president of the United States was under investigation for two years at a cost of over $25 million to the taxpayer. The results of that investigation were obviously bad for the Democrats, as they have made accusations of coverups and threatened contempt proceedings on a minorly redacted (for legal reasons), but fully released report. (All but two lines of the report are available to both Democratic and Republican leadership. No Democrat has taking the offer to see it.) However, the Mueller Report’s thorough explanation about how Trump didn’t collude with Russia and can’t be prosecuted for obstruction of justice is not the only thing happening in the country.

Economically, April was a great month. The expected rise in GDP for the first quarter of 2019 was 2.5 percent, but the actual growth was 3.2 percent. ABC’s World News Tonight and CBS Evening News didn’t report this, and NBC Nightly News gave it ten seconds of coverage. The April job growth numbers were better than expected, as well. Instead of the projected 185,000 jobs, the economy added 213,000 jobs, yielding the lowest unemployment since December 1969. NBC covered this for a robust one minute 46 seconds, as opposed to ABC’s 18 seconds. CBS’s coverage spent time on polls showing Americans who haven’t felt the success, and ending with “What goes up must come down – another recession is inevitable.”
Lack of coverage may not seem important, but with a presidential election underway, it’s another sign that network news media (which boasts 23 million viewers among the “big three” networks) are providing a cover for the Democrats. With nearly every Democrat endorsing spending proposals that will cripple the economy, such as Medicare for All (estimated at $35 trillion over ten years) and the Green New Deal (estimated at $93 trillion over ten years), one would think that they would be asked about how their proposals will affect a strong economy. Instead, when asked specifics of his healthcare plan, Presidential frontrunner Joe Biden can get away with telling the press, “I don’t have time; I don’t want to keep you standing any longer.” Both Joe Biden and Kamala Harris have vowed to repeal the Trump Tax Cuts, which gave 80 percent of Americans a break on their taxes.
What about the border? The crisis at the southern border has become untenable. Customs and Border Patrol (CBP) released their April numbers, and they are the highest they have been in years. Among the 98,000 apprehensions (highest since 2007), there are 58,000 family units (a record) and 31,000 single adults (highest in five years). Even Democratic voters increasingly admit that it’s a crisis. An ABC/Washington Post poll shows that when asked if the situation at the border is a crisis, 24% of Democrats said “yes” as opposed to 7% in January. That is a 17-point increase. Republicans went up seven points (from 49% to 56%) and Independents nine points (from 21% to 30%).
The ridiculous part is that ABC and The Washington Post buried their own poll. The Post put it on page A-7 of their print edition, and ABC didn’t report it. NBC and CBS also ignored the poll. CBS went further than ignoring how Americans feel about the crisis. When reporting on border crossings, CBS dismissed acting DHS Secretary Kevin McAleenan’s request for $5 billion to build facilities. When he said there was no room to house people, they replied “But there is room.” They then highlighted two facilities, one in Pennsylvania and another in Texas, that between them have around a thousand available beds. They believe this is enough, despite the fact in the very same report they mention that over 100,000 people have come in.
Why don’t they cover this? After all, it would look incredibly bad for President Trump, who promised a stop to illegal border crossings. However, the Democratic proposals would vastly exacerbate the problem. Beto O’Rourke claimed he would tear down existing border fencing. Democrats in the House are not providing the funding the DHS needs to take care of this problem. No presidential contender has a significant proposal instead of the meaningless “comprehensive immigration reform” line. The media itself downplayed the border crisis during the government shutdown in January, only revealing information about the increase in illegal crossings after it was no longer damaging to Democrats.
Meanwhile, abortion is back in the news this past month, with the signing of Georgia’s heartbeat bill. ABC, CBS, and NBC all referred to it as “controversial” and “restrictive.” They attacked Georgia Governor Brian Kemp, complained about the conservative Supreme Court, and lamented that the law “shreds the standard set in a landmark 1973 Roe v. Wade decision (CBS).” However, they ignore when pro-abortion activists get bad press. Pennsylvania State Representative Brian Sims posted two videos to Twitter that went viral, with millions of views each. In the first, he harassed an elderly woman for eight minutes for having the temerity to silently pray outside of a Planned Parenthood in Philadelphia. In the second, he accosted three teenage girls, offering money on the street to expose their names and addresses, presumably so the harassment can continue at their homes. The backlash to this action was so wide that it sparked a pro-life protest rally at the Planned Parenthood. Only Fox News covered that story. The networks didn’t cover the story at all.
Nearly every presidential candidate endorses abortion until the point of birth. President Trump has become one of the most pro-life presidents ever. This seems like a clear opportunity to highlight the differences between the two sides. The nation is split, pretty much down the middle, regarding abortion. According to Gallup, 48% of respondents claim to be pro-choice, 48% pro-life. However, regarding late-term abortion, which is what the Democrats are heavily advocating, 72% of respondents say it should be illegal. The Democrats are so far outside the mainstream regarding abortion that the network news can’t even display the candidates pontificating about “women’s health” and “right to choose.” Instead, they attempt to sway their viewers on the issue by covering state laws from a biased angle, in an attempt to prime the electorate for the extremist views of the Democratic candidate.
So, the media must therefore stick with the Mueller Report, Trump-Russia, AG William Barr, Trump’s taxes from decades ago, and all the other topics that attack Trump but are a waste of time. They are providing a smokescreen for these Democratic candidates, because their proposals are increasingly out of touch with the American people. If their preferred candidates cannot campaign on their own ideas and merits, then the media must save them from themselves.
Subscribe to aHillwithaview.com for more content from Moshe Hill. You can follow Moshe on Twitter @TheMoHill and Facebook: facebook.com/AHillwithaview.