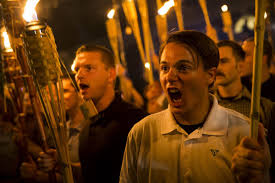 This week, in an appalling display of anti-Semitism to the cheers of an elitist crowd, Steven William Thrasher lauded the BDS movement along with other anti-Semitic hate groups at an NYU graduation.  This underscores that there are many types of hate in this world, and the Jewish people must take care to call out each one.

The most dangerous type of hatred that Jews face is the existential threat of white supremacist or radical Islamist terrorism.  The last few attacks on Jews, such as the Tree of Life Synagogue of Pittsburgh and the Chabad of Poway, occurred because of the racist ideology of white supremacy.  The Jewish blood spilled in Israel and around the world by radical Islam is too much to quantify.

There is a level of nefariousness to the other anti-Semites, the ones who smile and claim to be the sophisticates, the only ones who know what’s really going on.  These people hide behind claims of compassion, and signal their virtue from their ivory towers.  That is who Steven William Thrasher is, along with the throngs of people who cheered him when he endorsed the BDS movement.  The BDS movement is anti-Semitic, has its roots in anti-Semitism and has no place in our political discourse.  The German Parliament just passed a resolution declaring BDS to be anti-Semitic, and the British Foreign Minister says the same.

The people who promote the Boycott, Divestment and Sanctions movement hate Jews as much as the neo-nazis who marched in Charlottesville in 2017.  These BDS activists chanted “from the river to the sea, Palestine will be free” when BDS was added to the Democrat Socialists of America platform in 2017.  They burn Israeli flags, give moral equivalency to terrorists and harm Palestinians with their policies.

There are a lot of Jews in the BDS movement, proving once again that Jews are their own worst enemies.  Some categorize these Jews as “self-hating Jews”.  They are not self-hating, they love themselves.  They love their ethnically Jewish identity so they can claim victimhood on the intersectional ladder.  Without their Jewish identity, they are just stuck up- wealthy white kids, the very embodiment of everything they hate.  These Jews are “Judaism-hating Jews”.  Judaism, with its rules, morality, and guidance, is the essence of an old world, a backwards world.  Israel represents Judaism, a home for the Jewish people to openly practice Judaism as a majority, instead of a minority.  They hatred for Judaism lead them to seek and destroy the seat of Judaism’s power, Israel and Jerusalem.

This explains the BDS movement, which is as much an anti-Palestinian movement as it is an anti-Israel one.  The BDS movement is not about Palestinian rights and freedoms.  There are many more worthwhile causes and activism that an organization can take to pursue that goal.  The BDS movement was founded to destroy Israel because it was the home of the Jews, and the torch has been carried by Jews who want to destroy Judaism, so those Jews can have the ethnic identity without the guilt of seeing their fellows freely practicing their religion, loving their land, and appreciated the miracle that is the State of Israel.

Shame on Steven William Thrasher.  Shame on the crowd at NYU who cheered him.  You are the faces of anti-Semistism, as much as the people who marched at Charlottesville.