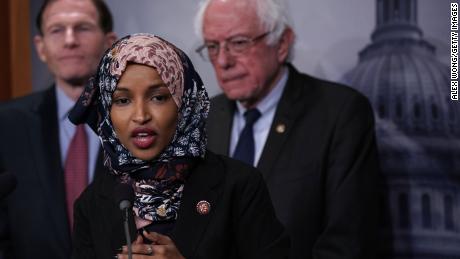 Over the weekend, 690 rockets and mortars from Gaza hit Israel, killing four and wounding dozens of others.  As former NY Assemblyman Dov Hikind and numerous others pointed out, the 2020 Democratic contenders for President had nothing to say on the various social media platforms.  While this silence is appalling and must be called out swiftly and harshly, it is also not surprising considering the direction of the Democratic voting base in the last few years.

The rhetoric from the Democrats contending on a national stage is far different than those on a local one.  Democrats like Chuck Schumer, Steny Hoyer, and many other Democratic members of Congress reaffirmed Israel’s right to defend itself, and other messages of support.  Schumer said, “Israel has every right to defend herself from indiscriminate rockets attacks, the same right as any other nation. The United States stands shoulder-to-shoulder with the people of Israel.”  A statement from Democratic Representatives Eliot Engel (NY), Brad Schneider (IL), Nita Lowey (NY), Ted Deutch (FL) and Josh Gottheimer (NJ) condemned the “outrageous, indiscriminate rocket attacks” and that “Israel has a right and responsibility to defend itself and its citizens militarily from further violence.”

Other Democrats, like Ilhan Omar and Rashida Tlaib, criticized Israel and the coverage of the attacks.  Omar blamed Israel for escalation, tweeting, “How many more protesters must be shot, rockets must be fired, and little kids must be killed until the endless cycle of violence ends? The status quo of occupation and humanitarian crisis in Gaza is unsustainable. Only real justice can bring about security and lasting peace.”  Tlaib criticized The New York Time headline, which read, “Gaza Militants Fire 250 Rockets, and Israel Responds With Airstrikes”.  She tweeted “When will the world stop dehumanizing our Palestinian people who just want to be free?  Headlines like this & framing it in this way just feeds into the continued lack of responsibility on Israel who unjustly oppress & target Palestinian children and families.”  It is ironic that American Jews are smeared as having “dual loyalty” when Tlaib, an elected Representative to the United States Congress, refers to Palestinians as “our Palestinian people”.

The Democratic Party is clearly split over their policy towards Israel.  While center-left Democrats may claim that Omar and Tlaib aren’t representative of the mainstream, rather they are fringe members, the evidence to the contrary is overwhelming.  Omar still sits on the powerful House Foreign Affairs Committee, and Tlaib on the Oversight And Reform Committee (both of which are not normally assigned to freshmen).  Omar has appeared on the covers of Time, Rolling Stone, Newsweek and New York Magazine, sometimes with powerful Democrats like Nancy Pelosi and Hillary Clinton, and always with a lengthy puff-piece.  Anti-Semite and founder of the Women’s March Linda Sarsour was a guest of Tlaib’s at her swearing in ceremony.  The House Democrats refused to condemn Ilhan Omar’s anti-Semitism in favor of pushing a watered-down resolution condemning “all hate”.  The acceptance of the anti-Semitic left amongst the mainstream Democrats is clear enough that to deny it at this point is either naivete or self-deception.

Omar and Tlaib are merely the tip of the anti-Semitic spear gutting the Democrats.  The 2012 Democratic National Convention (DNC) had a large percentage of the crowd booing the idea of the platform recognizing Jerusalem as the capital of Israel.  59 prominent Democrats boycotted Israeli Prime Minister Benjamin Netanyahu’s speech to a joint session of Congress in 2015.  Democratic socialists burned Israeli flags outside the 2016 DNC.  The Democratic Socialists of America convention of 2017 voted overwhelmingly to endorse the Boycott, Divestment and Sanctions (BDS) movement.  Barack Obama sent aid to the Palestinian Authority hours before he left office, despite the fact that the PA openly pays the families of terrorists.  22 Democratic Senators (including all the Senator who are running for President) voted against an anti-BDS bill in February 2019.

Anti-Israel money is also going to Democrats.  In the 2016 and 2018 election cycles, JStreetPac has contributed $7 million to Democrats, zero to Republicans.  Among the recipients are 2020 contenders Beto O’Rourke, Elizabeth Warren, Eric Swalwell, Kirsten Gillibrand and Bernie Sanders.   Defenders of JStreet claim that it is not anti-Israel, rather anti-Israeli policy, anti-Netanyahu or anti-settlement.  Their statement, however, lays blame for escalation on the Israeli’s as much as on Hamas and Islamic Jihad.  When they mention the victims, they include the fact that the Palestinian victims are an infant and pregnant woman, with no descriptors of the Israeli victims.  They fail to mention that according to IDF intelligence sources, the mother and child were killed by Palestinian weapons.  In one sentence they affirm Israel’s right to defend itself, and on the next they refer to that right as “repeated escalations”.  This is the organization the Democrats take millions of dollars from.

The 2020 Democratic candidates had a choice to make this weekend.  Condemning Hamas and reaffirming Israel would have kept them in the old, mainstream Democratic camp.  Condemning Israel’s retaliatory strikes would have yielded points from the woke left.  With two dozen contenders in the field, it would make sense for some to define themselves one way or another.  They universally stayed silent.  It is unclear what is more troubling, that they lack the principles to stand up for a democracy in the Middle East and against terrorism, or that they distrust and disrespect their voting base so much that they are afraid of losing votes if they supported a country so hated by the left.  One thing is for sure, their cowardice in this regard is not a good indicator that any of them can be counted on to support Israel if they are in the Oval Office.

Subscribe to www.aHillwithaview.com for new articles as they are posted