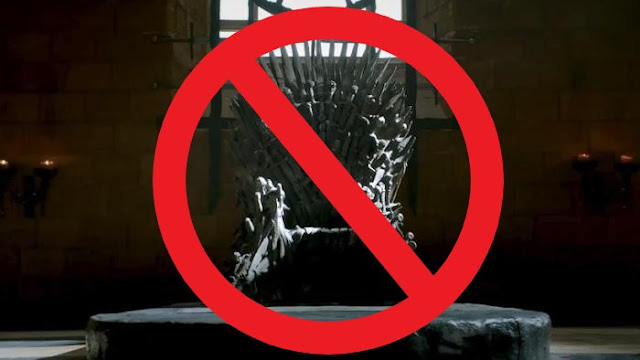 Thousands of years of struggle, strife and warfare finally led to a group of great thinkers into a room where they created the greatest and freest society mankind has ever seen.  Hundreds of years later, the American people are still trying to live up to the ideals set out in that constitutional system.  The leaders of Westeros have the very same opportunity after “The Last War” is over.  What kind of system will they set up?

A few assumptions must be made for this thought exercise.  First, neither Cercei nor Dany sit on the Iron Throne.  Either they kill each other or Dany wins and decides to abdicate/ is thrown off due to her Mad Queen tendencies.  Second, the iron Throne itself is melted down, as another monarch is not the way forward.  Tyrion has pushed Dany’s original idea of “breaking the wheel” long enough for him to realize that this isn’t the way.  Third, it will take the religions of the continent, along with the intellectualism, to craft a meaningful constitution.

Instead of trying to create a system out of whole cloth, which is destined for failure, they should draw upon various systems that have served the people in the past, keep the good and discard the bad.  There are four major religions in Westeros.  The old gods, the Faith of the Seven, the Drowned God and R’hllor (The Lord of Light).  It would be too difficult to integrate all of the gods into a religious system, as the people would reject the notion to supplant another’s god for their own.  Therefore, a separation between the church and the state must be added to this Westerosi Constitution, where the government will not interfere with the free practice of any religion.  In order to have the people sign onto the government, the values of each religion will be integrated into the constitution.

The old gods and the Drowned God are similar in some distinct ways.  They are the gods of nature, with the old gods covering the lands and the Drowned God covering the sea.  The Faith of the Seven covers mankind, and R’hllor covers both nature (in terms of fire) and life.   The Faith of the Seven is the dominant religion in the continent (aside from the North), and the one with the most values to be drawn from when crafting a constitution for the citizens of the realm, as it deals with mankind.

The founders of the American Constitution derived the idea that everyone deserves a voice because the Bible says “God created Man in His image”.  This means that every person has value; rich and poor, young and old.  The religions of Westeros (unless the Seven-Pointed Star says otherwise) does not have that doctrine.  Therefore, the most likely method of democracy would be delegate-based, as opposed to a popular vote.  The Houses of each region will send a delegate to the Warden of their region, who in turn will choose delegates to send to the capital for regional representation.  Each region will be limited based on the population of said region.  Coalitions between regions will be formed, and the majority coalition will decide their leader.  Since the realm is used to lengthy terms of leadership, a new leader is elected when the old one either steps down or there is a vote of no confidence in the leadership.  In order to prevent tyranny or dictatorship by the leader and their allies, rights must be enumerated from the beginning.

As stated above, the right to practice your religion, whichever that is, is paramount.  The acts of murder by the Faith Militant and Melisandre when she burned many people (including the Princess Shireen), on those they considered sinners, must obviously be answered by the realm.  So religious warfare must be illegal.  As mentioned, tyranny and dictatorship are obvious concerns given the history of the realm.  Therefore, the right to arm yourself and your region must be protected.  A standing army must be created to protect the realm from Essos invasion and domestic aggression from various houses.  The citizens must be protected from those soldiers, so it must be illegal for soldiers to take over peoples houses by force.  A justice system must be set up where anyone who violates these laws will be prosecuted.  Since in their experience, brutal punishments have been given to those who didn’t deserve them (like torture for lude acts), the right to a just punishment must be added.

Most importantly, each region will want to have a certain level of independence.  Their experience with a centralized government in King’s Landing taught them that while longer periods of peace are attainable when the realm is unified, the unique cultures and societies of each region must be respected, and the best way for that to occur is with some autonomy.  Therefore, it is incumbent on each region to create their own laws when the laws of the centralized government do not apply or cannot be made.  Laws that are applicable to the North would not be applicable to the Reach.  The Stormlands have a different culture than the Westerlands.  This will also respect the various religions.  The Northerners will have more respect for trees and nature than Dorne, and autonomous rule is a way to guarantee that the values brought from each religion will apply to each region.

Upon enumerating these rights and creating a system which to send representation from each region and house, the founders of this new republic will have a hard time implementing said system.  A continent ravaged by many wars needs time to heal, and unfortunately the worst people take advantage of this situation.  Each region should be allowed to deputize citizens to keep the peace.  While a standing army for the realm is necessary, the independent regions will not want a continental army to occupy their lands unless specifically requested.  Therefore, a law enforcement mechanism and judicial system must be created for each region.  Larger regions, like the North, may have more than one department for enforcing the law, answerable to the warden of the region.

A free and prosperous society in Westeros is possible, if the players that are tasked with creating that society respect the religions, histories and cultures of the realm.  If they manage to accomplish what the Founders of the United States of America in the 18thcentury, then they can create the greatest country in the history of that world.  That is the best way to break the wheel of oppression that has rolled over so many over time.