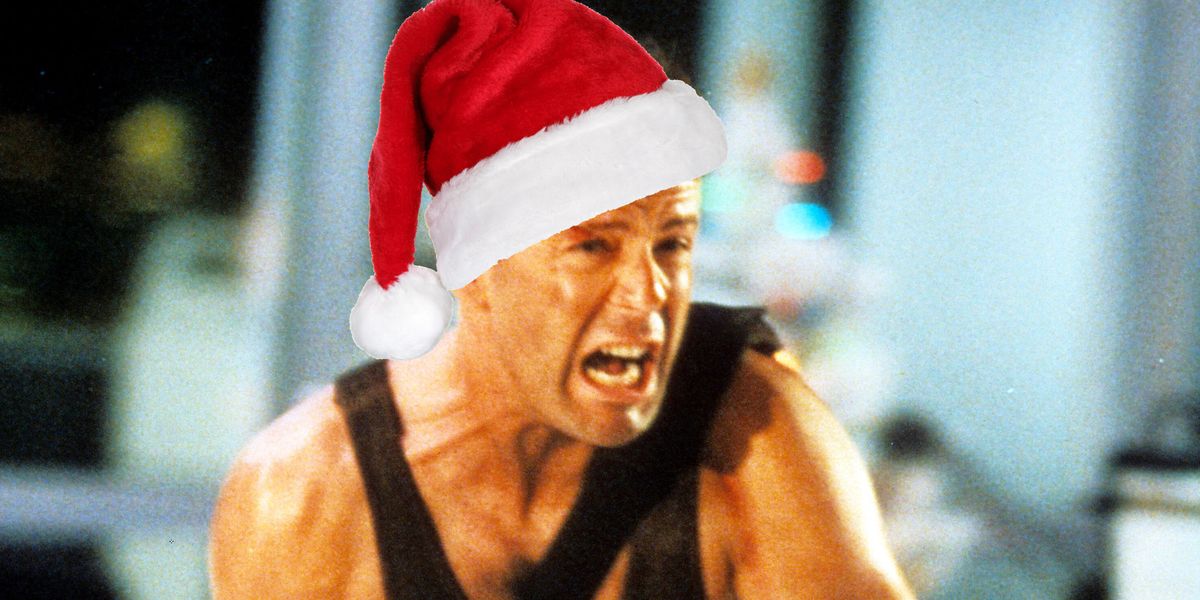 When kids think of Christmas movies these days, they think of Hallmark, Lifetime, and Netflix specials about disillusioned 30 somethings who spent too much time in the big city and is returning home to find the true meaning of Christmas is really that special someone that lives back in their snow-covered town. They think of tinsel and candy canes and warm hugs.

That’s not what Christmas movies traditionally were about. Think about classics like A Christmas Carol or It’s a Wonderful Life. These are stories of pain and suffering with lessons learned and actual human growth. Think about Home Alone which is a story based on circumstances that could only occur during one time of year. Die Hard is not only a Christmas movie, it is the definitive Christmas movie of a generation.

Welcome to the party, pal!

The Story is About Using Trials and Tribulations For Personal Growth.

Like many Christmas movies – especially the new age Hallmark ones – the characters use the introspective aspects of the season combined with personal trials and tribulations to fundamentally grow in both their personal lives and professional outlook.

When we first meet John McLane, he is separated from his wife Holly. As John finds out early, she is going by her maiden name in her professional life, to his dismay. John is closed off and selfish, opting to stay with a friend in Pomona rather than sleep in the guest bedroom of the house that has his own children. John immediately gets into a fight with Holly, only the regret it instantly but is too proud to go after her.

After Hans Gruber and his merry band of thieves take over Nakatomi Plaza, John is in the position to fight back. He does so with great tact, but also within a certain set of rules. As Tony, the first henchmen that John kills, says, “you’re a policeman, there are rules for policemen,” John may go up to the line where his police captain is mad at him, but doesn’t cross it. He realizes very quickly that he’s not facing average criminals. That’s why he hesitates when confronted later. He is showing growth, like in any Christmas movie.

He does the same thing with Holly. By the end of the movie, when he finally meets Al face to face, he introduces his wife as “Holly Genero”, respecting her choices during their separation and showing his own personal growth. Holly, for her part, shows growth as well in acknowledging that she did make a commitment to this man and opts to re-introduce herself as “Holly McLane.” At the beginning of the movie, John is a deadbeat dad who is more committed to his job with the NYPD than to his wife and children. At the end of the movie, as we learn in Die Hard 2: Die Harder, he moves out to Los Angeles to be with his family.

The power of Christmas.

Holly left New York with the kids in July of 1988. In the intervening 5 months, she could not get John to come out to California. Only because of Christmas, and the desire to be with family that the holiday places upon everyone, does she finally convince John to even make the trip.

Then there is the Christmas party, which is the impetus for the robbery in the first place. To rob Nakatomi Plaza of the negotiable bearer bonds, Han Gruber needed a few things. First, he needed Takagi to be present to give him the combination. Second, he needed minimal security to be present. Third, he needed a lot of hostages to get the FBI involved and for his escape to work.

This combination of circumstances could only occur during an annual Christmas Party. The only people who were in the building was the Party, which means most security has gone home. The only on-site security were two guards in the lobby that were quickly taken care of. A full building during the day would be far more heavily guarded.

Another action movie came out in the 1980s that takes place during the Christmas season. It was released a year before Die Hard, but it NEVER comes up in any conversation if it is a Christmas movie. This movie is Lethal Weapon.

While Lethal Weapon takes place over Christmas, it is obviously NOT a Christmas movie. That movie could have taken place any time of the year. The shootout during the botched coke deal did take place in a lot filled with Christmas trees, but that could be been anywhere. There is nothing inherently Christmas-y about Lethal Weapon that could not be rewritten in another time of year. Not so with Die Hard.

Christmas is central to the characters throughout the movie, and is constantly referenced

Characters in the movie are always bringing up Christmas. A couple examples are at the party:

When McLane is taunting Gruber

When John is explaining why he’s there

Even when Theo sees that he succeeded in opening the vault.

Christmas is the reason for the season, and it is constantly being mentioned by the characters

Santa is in the movie, and his name is Al Powell

Santa spots top talent from within. Let’s face it, John McLane is not the most credible voice not eh other side of that radio. While we all mock Deputy Police Chief Robinson for saying that McLane could be a “bartender” because he could spot a fake ID, Powell knew that he was dealing with a pro

Creates a top-notch culture. Al isn’t just a beat cop, he’s a born leader. He sees the board so quickly and so well, that others take credit for his discoveries. “They’re shooting the lights…” He also takes on the FBI without fear because he knows they are wrong. All the other cops look up to Powell.

Get’s his hands dirty. Like Santa, Sgt. Al Powell is not afraid to get his hands dirty. Sure, he took a desk job after a tragic incident in which he shot a kid, but that didn’t stop him from drawing his weapon to finally take Karl out.

If Ellis lived to see the end of the film, he would have agreed.