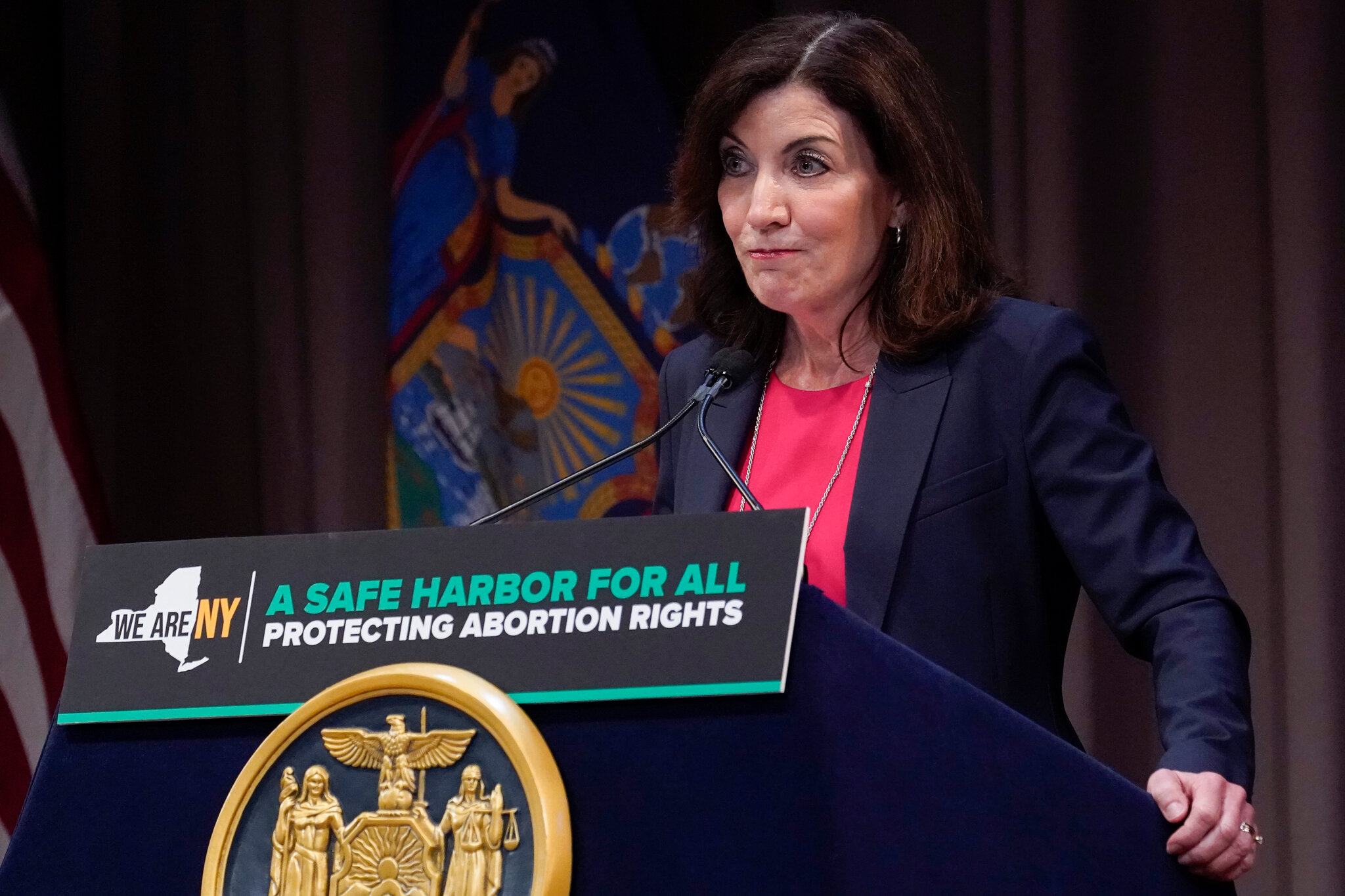 I’m going to depart from my normal column format to speak directly to the readers of the Queens Jewish Link.  I want to share some observations I have made of the electoral season ahead of the all-important midterms, both as a columnist and as an organizer.

For those who don’t know, I am a Committee Member of the West Hempstead Republican Club, and have worked to ensure that the residents of West Hempstead – and Nassau County writ large – are registered to vote and informed on the issues.  In that capacity, I have had many opportunities to speak with people of nearly every imaginable demographic and party affiliation.  The most recent such occasion was at a street fair in West Hempstead, where I was manning a voter registration booth.

This was no non-partisan booth, mind you.  Campaign signs for the Republican candidates were prominently displayed and distributed to any interested recipient.  GOP campaign materials were handed out.  I’m well-known as a conservative for anyone who recognized me, and being part of a mid-sized community, that was itself a frequent occurrence.  Despite the partisanship of the table, the registration and absentee ballot forms were for all, and we had an equal number of registered Republicans and Democrats fill them out.  Granted, the actual forms were few, but the conversations were plentiful.

Most reactions were to the Lee Zeldin signs, which makes sense, as he is running for Governor and has the most name recognition of the other candidates.  (Since I would never miss an opportunity to plug GOP candidates, the other signs we had were for Anthony D’Esposito for Congress and James Coll for State Senate.  Unfortunately, we didn’t have Joe Pinion signs for the U.S. Senate or Michael Henry signs for Attorney General.)  The first thing that stuck out at me was the enthusiasm of the Republican voters.  Multiple people claimed that this was their first time voting Republican, or first time putting up a lawn sign.  Many were highly motivated to get more involved.

The Democrat voters seemed, by my estimation, far less enthused.  I had to make assumptions, as the most frequent response I got was a smile and a simple “no thanks, I’m a Democrat.”  Some people, however, were a bit more confrontational.  Being no stranger to controversy, I welcomed the challenge when I heard statements such as, “I would never vote for Zeldin.”  I tend to be far more cordial in person than I am in the paragraphs of my columns, so I politely asked them, “Why not?”  Among the answers, the ones that stuck out to me the most were four separate octogenarian women, who said, “abortion.”

As I’ve previously written, the Kathy Hochul campaign has had a laser-like focus on the abortion issue. Most of the campaign-related tweets from her accounts and every mailer that I have seen accuse Zeldin of “taking us backwards” on this issue, as if the Zeldin campaign is traversing the state with an animatronic infant that screams “please don’t kill me.”  Zeldin, as far as I know, has zero interest in tackling abortion in the state. This makes sense, considering that even if he wins and the Republicans take the State Senate, there is zero chance they will take the Assembly.  The abortion laws on the books are not going anywhere.  As a vehement pro-lifer, this upsets me, but I am politically self-aware enough to know that New York, in 2022 at least, is as set in its stance on this issue as anyone could be.

I explained this to each of the women, saying that abortion as an issue is off-the-table in this election in this state, and that every other issue is still very much a factor. While some people listening to our conversations were nodding along, these Democrat voters remained unmoved.  This brought me to an unfortunate conclusion: Kathy Hochul isn’t campaigning; she’s giving excuses.

Violent crime in New York City is up by double-digits since 2017.  Inflation is at 40-year highs, while real wages are down 3%.  In terms of unemployment percentage, according to the Bureau of Labor Statistics as of August, New York ranks dead last of the 50 states.  In terms of education, New York ranks 23rd in the nation in education results, yet in spending per pupil is number 1 at $22,231 each.  By comparison, Florida is ranked 2nd in the nation and spends $9,176 per student (source: The American Legislative Exchange Council).  Another area where New York is the top of the list (or bottom) is per capita taxes.  We rank number 1, averaging $9,829.  Floridians’ tax burden is a third of that.

So I’m asking all the Democratic voters out there, sincerely: What’s your excuse?  When you walk into the ballot box and fill in the circles on the Democrat line, are you thinking about abortion, Trump, or some other irrelevant issue?  As someone who cannot see voting outside my party for the foreseeable future, I understand the pull of party loyalty.  But if there’s any year that the Democratic Party does not deserve your vote, it’s this one.

Tusi Gabbard put it very well when she announced that she’s leaving the Democrat Party.  “I can no longer remain in today’s Democratic Party that is now under the complete control of an elitist cabal of warmongers driven by cowardly wokeness, who divide us by racializing every issue & stoke anti-white racism, actively work to undermine our God-given freedoms, are hostile to people of faith & spirituality, demonize the police & protect criminals at the expense of law-abiding Americans, believe in open borders, weaponize the national security state to go after political opponents, and above all, dragging us ever closer to nuclear war.”

Don’t allow your vote to become an excuse.  I invite all New Yorkers to leave the Democratic Party and vote Republican up and down the line on November 8.