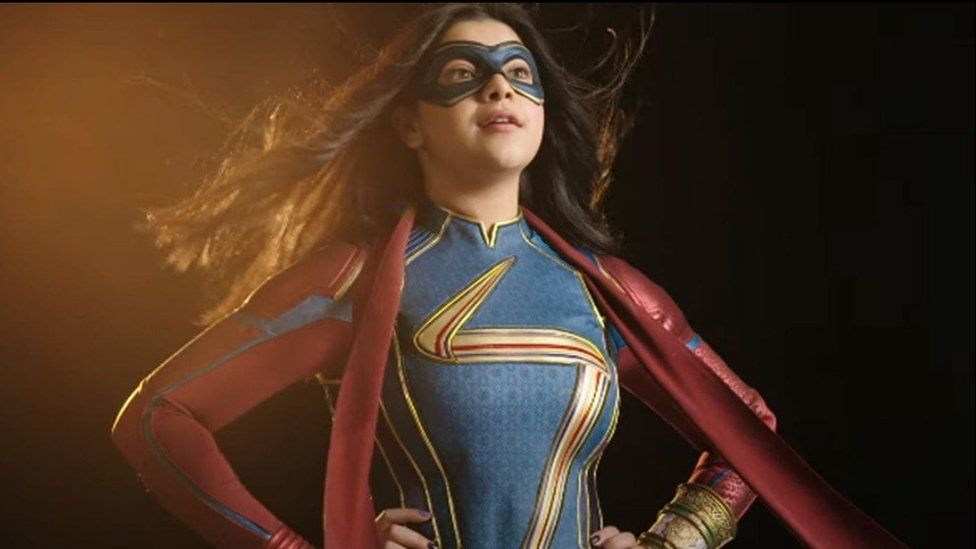 The latest Marvel show wrapped on Disney Plus, and the critics are raving. Ms. Marvel, which featured a young, Pakistani Muslim heroine, checks all the intersectional boxes and is the archetype for “owning the cons.” Despite their best efforts, however, Disney managed to push a strong, conservative message in its show.

The dirty little secret behind the American Muslim community is that they are extremely socially conservative. The basic tenets of social conservatism include a strong nuclear family, preferably religious but at least with a deep connection to the local community. It is more modest than the overtly sexual society in which most coastal liberals participate in, and more respectful as well.

Ms. Marvel checks all these boxes, and then some. Kamala Khan’s parents are deeply involved in her life, as is her mosque and her faith. She attends services, community events and even shares heartfelt conversations with her mother on the difficulties of immigrating to the United States. “America was my mountain,” her mother says. “Your father and I dreamed so much of coming here. And when we finally came it was so hard. He worked very long hours for very little money, Aamir was barely out of diapers. My English was not so good. To tell you, I never felt alone in my whole life.” When Kamala asks what her mother did, she simply responds. “I found the mosque… I found my family and let them love me. Whatever mountain you’re facing, you don’t have to do it alone.”

No conservative could have written a better script than that to portray the American dream.

Possibly knowing what they had on their hands, Disney needed to obfuscate this message with intense social justice messaging of its own. Multiple characters fill this role. First, the high school guidance counselor is clearly gay, insists on students referring to him by his first name, and generally doing the progressive “I’m your buddy” routine. That character has a minor role, yet primes the audience not to worry, the social conservatism is limited.

The most egregious example of SJW mentality comes from one of Kamala’s best friends Nakia Bahadir. If anyone wanted to know what Ilhan Omar was like in high school, Nakia is a solid stand-in. She’s introduced by claiming that “History is written by the oppressors” because her school puts more emphasis on Ancient Rome than Ancient Persia. She is constantly claiming, without evidence, that anything that happens to her is because of her race, religion or gender. When campaigning to be a board member of their mosque, she guilts Kamala’s father to vote for her instead of his best friend by essentially saying he was sexist if he didn’t. “Women’s suffrage, we fought for this, people died for this. You wouldn’t… You wouldn’t kill our dreams, would you? Vote for Nakia.” Not one syllable on what makes her a better candidate, only a demand for his allegiance because she is a woman. (Of course, she wins the election.)

When one of the series’ antagonists, the Department of Damage Control, becomes involved because of the wanton destruction that is occurring because of the enhanced powers in the neighborhood, Nakia is only focused on alleging islamophobia. Marvel viewers have seen Damage Control interact with Peter Parker and Adrian Toomes, both notably white and male, and treat them the same way. Yet now they would have you believe that Damage Control is only interested because Kamala is brown and Muslim, not because of her superpowers.

So when Kamala complains that “It’s not really the brown girls from Jersey City who save the world,” Marvel is trying to get audiences to dislike all the white men that they spent billions of dollars and 14 years promoting. Yet what audiences should be focussing on is the brother who is praying at the dinner table or the Sheik who is leading his congregation. That is far more representative of what America is and should be than a group of whiny SJWs.

Moshe Hill is a political commentator. He can be found on his website www.aHillwithaView.com, Facebook.com/aHillwithaView and Twitter.com/HillWithView