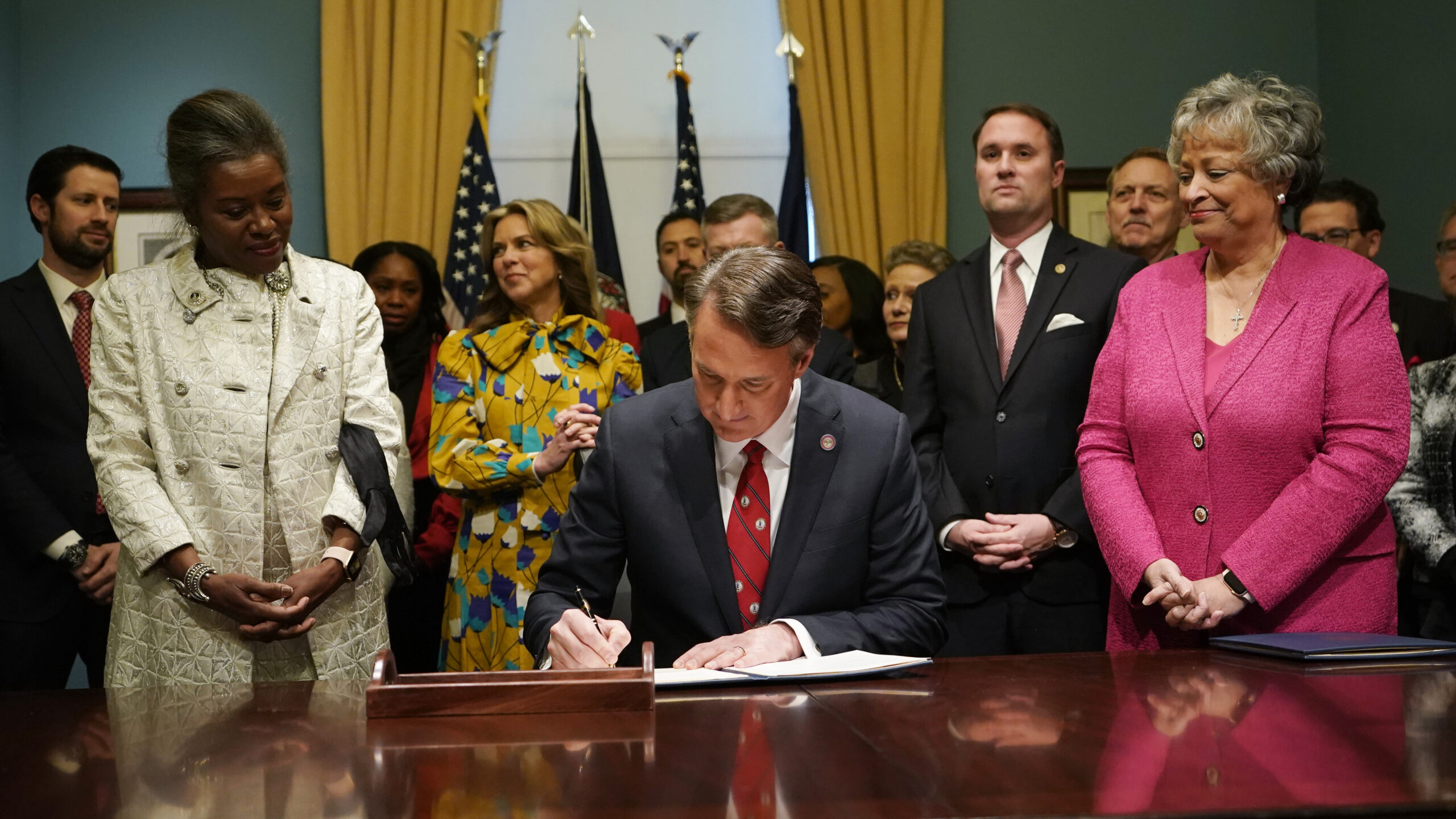 As Joe Biden circles the drain, both mentally and in his approval ratings, Republican executives are waking up to the fact that conservative governance is actually popular. Biden’s approvals have tanked during his first year not because he failed to deliver on promises he made, but rather because he is keeping those promises. While Democrats have the advantage on the campaign trail, the reality of governing benefits Republicans.

Biden came into office with a 55% job approval, approximately 10 points higher than President Trump did when he came into office.  After one year, his average job approval dropped a whopping 14 points, with some polls going as low at 33% approval.  This despite glowing media coverage, which either fawns over Biden’s ability to eat ice cream or ignores his blunders altogether.  Comparatively, Trump’s approval rating stayed at around 40% after one year, even though studies of media coverage showed that 90% of all network coverage of his presidency was negative.

Even the media cannot hide the fact that Biden cannot govern.  His handling of Afghanistan prompted the nosedive in his approvals, but his failures on COVID, inflation, supply chain, and nearly every other aspect of foreign and domestic policy have contributed to it. Biden was elected because he wasn’t Trump, but he took that as a mandate to govern the opposite of Trump.  Unfortunately for Biden, governance was something that Trump was exceptionally good at.

That’s because Republicans, and conservatives in general, are more in touch with the philosophy that this country was founded on and is ingrained in the American spirit.  That’s becoming far more obvious today when contrasted with the authoritarianism shown in the White House and Governor’s offices from New York to Sacramento.

The newest example of this is newly inaugurated Virginia Governor Glenn Youngkin, who gained national accolades for his moves during his first few days in office.  On his first day, Youngkin signed Executive Orders to overturn mask mandate for public schools, end critical race theory, rescind vaccine mandates for state employees, investigate Loudoun County, and combat human trafficking.  He also removed the “Diversity, Equity and Inclusion” section from the Governor’s website and added “ambassador for unborn children” to the job description for the government’s Diversity Officer.

Youngkin learned during his campaign that these cultural issues are not just a winning strategy; it’s a popular way to govern.  People are sick and tired of the fabric of society being torn apart by the extreme Left-wing contingent of the Democrat Party.  Fighting these battles is something that Republicans have failed to do for years.  Even recently, Republican governors like Kristi Noem in South Dakota balked on cultural issues.  In March, Noem vetoed a bill that would ban men from women’s sports, but brought it back in December.  Did she change her mind, or did she realize that the political math is in favor of such a ban?

Same is true in Nassau County.  County Executive Bruce Blakeman is using his office to push back on leftist policy enacted by Governor Kathy Hochul and her predecessor, Andrew Cuomo.  As Blakeman said at a rally this past Sunday, “it’s about your families being able to make decisions,” referring to masking and vaccinations.  Blakeman also said that he has gone to Albany numerous times, and will continue to go, to get the no cash bail law repealed.  That is proper governance, because it is governance based on the will of the people, not what is going to get media accolades.

That is what the tale of the two polls show when looking at Trump versus Biden.  Trump never received positive mainstream coverage, yet remained popular among his base throughout his presidency. He was taken down by his inability to keep his Twitter account under control.  If Trump could control himself, his popularity would have grown greatly.  Meanwhile, Biden is losing support even amongst Democrats, dropping from 98% to 78% in 2021.

The greatest example of this is Florida Governor Ron DeSantis. DeSantis won by a very slim margin in 2018, but his governance has only seen his popularity grow.  He’s leading in every poll in his re-election year, and for the first time, Florida has more registered Republicans than Democrats.  DeSantis is so popular that he’s widely considered to be a Presidential frontrunner in 2024.

Polling for Republicans in the midterm election has never been higher, with some predicting that by year’s end, Republicans may have their largest Majority in the House of Representatives ever.  If this turns out to be true, it will show the political class that people are fed up with being told how to live their lives and how to raise their children.  If Democrats had any sense at all, they would do an about-face on all their toxic and damaging policies, end all the mandates, stop all the indoctrination of students, and return to a real normalcy. But if Democrats had any sense, they would have ended these policies long ago.