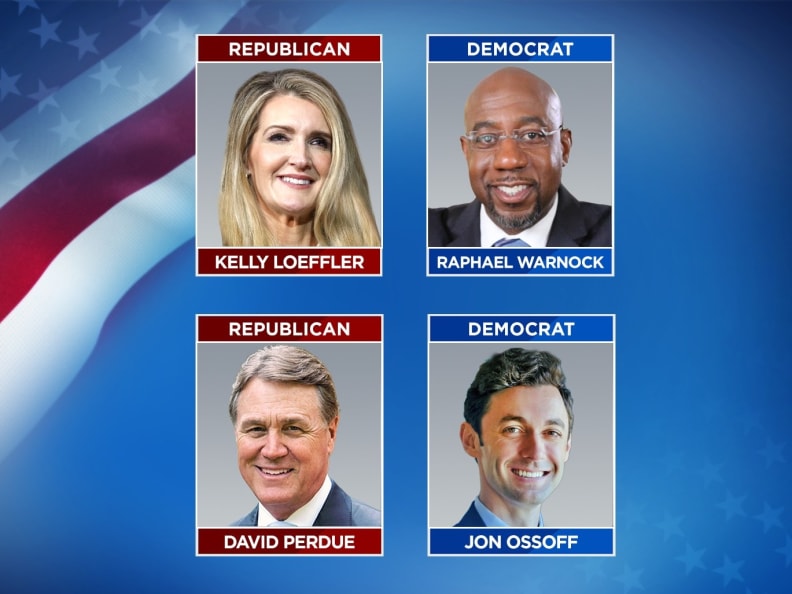 A year ago, Republicans allowed themselves to fall prey to a short-sighted and false narrative that caused large numbers of them to do something that they, and many people around the country, regret.  The nation has paid a heavy price for the failures of these few, and the repercussions of that decision will be felt for years to come.  I am referring, of course, to January 5.

No, that’s not a typo.  January 5 was the day of the Georgia special election where two Democrats won when they shouldn’t have, and the balance of power in Congress shifted to the Left for the first time in a decade.

Sure, everyone in the Democrat-run media will ceaselessly discuss the events of the following day, January 6, the day when cosplay morons who should have gone to Comic-Con ended up in the U.S. Capitol. There are enough strange stories, video footage, and eye-witness testimony about the events that led up to that moment to make a 9/11 truther blush, but the fact remains that the results of that day have been so wildly overexaggerated that it’s hard to take any media outlet or politician who discusses it seriously.

What happened on and after January 6?  Well, most tragically, a young woman named Ashli Babbitt was shot and killed by a Capitol police officer.  Many horrific images were revealed of smashed windows and an evacuated Congress.  That’s about it.  After a few hours, business went back to normal, and the Republican-led Senate with a Republican Vice President certified the election for Joe Biden.  That’s the end of the story.

Don’t tell that to the media.  CNN has wall-to-wall coverage of January 6. The Washington Post tasked three writers to pen the article, “Fear, anger and trauma: How the Jan. 6 attack changed Congress.”  The NY Times Editorial Board wrote the op-ed, “Every Day Is January 6 Now.” And the Democrats, after spending a year wailing and gnashing their teeth over what amounted to a nice day in urban Chicago, planned a full day commemorating how they had to leave a building and come back into it, like children at a fire drill.

Comparatively, what happened on and after January 5? On January 5, a large number of Republican voters were so turned off by what they perceived to be a rigged electoral system (and the definition of the word “rigged” is still up for debate in this context) that they refused to vote.  What’s worse, the loser of that election, then-President Donald Trump, used his extraordinary influence to advocate that his voters should stay home in some form of strange protest.  This was, without a doubt, a very foolish, selfish, and costly decision.

After January 5, Democrats, with Vice President Kamala Harris, held a 51-50 Majority in the Senate, making Chuck Schumer the Majority Leader.  The Democrats achieved the trifecta: the House, the Senate, and the Presidency.  They wielded that power to the detriment of Americans, passing an unnecessary $1.9 trillion COVID stimulus package which handcuffed what should have been a booming economy, and passed an infrastructure bill so packed with pork it looks like the Porky Pig ride at a Looney Tunes theme park.

The Senate also confirmed hundreds of Biden’s nominees, including dozens of judges, some with lifetime appointments.  Like Joe Biden himself, these picks are wolves in sheep’s clothing, seemingly moderate on the outside yet far leftist radicals underneath.  Among the most controversial picks are a judge who thinks that proof of citizenship is voter suppression, a Treasury nominee who said that private bank deposits shouldn’t exist, and a Department of Education nominee who did not support the right to presumption of innocence.  Those may have been radical enough for even the moderate Democrats like Joe Manchin and Kyrsten Sinema to reject, but there are dozens more that weren’t.  Had the Republicans retained control of the Senate, the landscape of American politics would have been vastly different.

There is a lesson that Republicans – and people – must learn from this disastrous failure.  Don’t let a past outcome, regardless of how unfair you believe it might be, affect your efforts in the future.  Just because the referee made a bad call in the first quarter doesn’t mean you stop playing in the fourth.  It is up to every voter to show up every time, even if you think the odds are stacked against you.  Change can happen that way, and even if it doesn’t this time, there’s always another election.

See you at the polls.