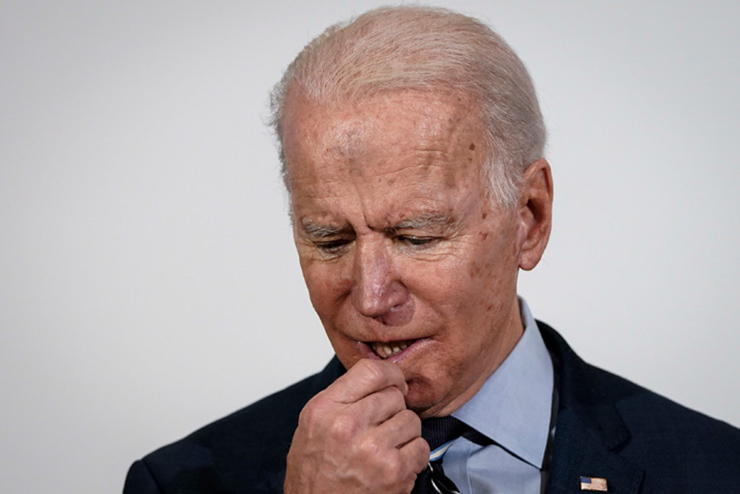 The 2020 Presidential election is less than a hundred days away, but coverage of the race has become close to non-existent because of coronavirus. Luckily for the Democratic Party, Joe Biden doesn’t need to run a campaign, because the media is doing all the work for him. COVID-19 is the perfect excuse for the former Vice President.

The largest obstacle for Biden’s campaign is clearly the Presidential debates, so the media is desperately trying to get rid of them. The New York Times recently published an opinion article entitled, “Let’s Scrap the Presidential Debates.” A month ago, Thomas Friedman wrote another article setting conditions for a debate: that Trump should release his tax returns and that Trump should agree to a real-time fact checker. Knowing that both of those conditions would not occur, Friedman ended the article by saying, “Joe, stay in your basement.” The Editorial Board of the Washington Postsuggested that audiences must be scrapped from the debates because Trump brought Bill Clinton’s victims to his debates with Hillary. “Who knows how much lower he could sink this year,” they wondered.

Biden is truly a wild card, and a multi-hour debate is too risky in front of a national audience. This past week alone, he’s made some major gaffes regarding race that would have been national news had any Republican, even a local representative, said them. “Unlike the African American community,” Biden said to the National Association of Black Journalists, “with notable exceptions, the Latino community is an incredibly diverse community with incredibly different attitudes about different things.” He doubled down later in the day when he spoke with the National Association of Latino Journalists. “We can build a new administration that reflects the full diversity of our nation, the full diversity of Latino communities. And when I mean full diversity, unlike the African American community and many other communities, you’re from everywhere. From Europe, from the tip of South America, all the way to our border and Mexico, and in the Caribbean.” Biden’s assumptions that all black people think alike reinforces his “If you have a problem figuring out whether you’re for me or Trump, then you ain’t black” comment made in May.

This won’t stop the media from covering for Biden. As political commentator Andrew Klavan says, when there’s a scandal on the Right, the news is the scandal. When there’s a scandal on the Left, the news is “Republicans Pounce!” Same is true for these latest Biden statements. ABC’s headline was “Biden Faces Backlash for Comparing Diversity in African American, Latino Communities.” Similarly, NBC wrote, “Biden Faces Backlash over Racial Diversity Remark.” The Associated Press and Politico watered down the remarks by headlining, “Biden Draws Distinction on Black, Latino Political Diversity” and “Joe Biden Contrasted the Black and Latino Communities in Remarks on Wednesday, Stating That the Latter Is ‘Incredibly Diverse,’” respectively.

Another trick the media will do to protect Biden is write a small article about the scandal, but not promote it. The New York Times, Washington Post, and CNN did not post the story on their Twitter handles, lest their combined 120-million Twitter followers actually get the idea the Biden isn’t capable of getting through the most basic of interviews.

Biden is, by his own words, a “transition” candidate, and that his Vice Presidential pick has to “be ready on day one to be president of the United States.” He’s already delayed his announcement of who will be his running mate, although we do know that it’s going to be a woman of color based on his previous comments. It’s because of this, and not his own record, that has the far left of the Democratic Party, which is increasingly becoming the mainstream, howling with glee.

Bernie Sanders has said that Biden could be “the most progressive president since FDR.” That’s not based on Biden’s record, it’s based on his diminished ability to lead, which will be passed off to the people around him, namely the socialist left. Biden’s entire job at this point is to stay in his basement and play dead, and let President Trump defeat himself. Biden won’t even leave to accept his own nomination; he’s going to do it remotely.

Joe Biden has no ability to be the President; he will merely be a puppet, dragged across the finish line by a compliant media and a leftwing mob that will promise to stop burning down cities once Trump is out of office. Every American must look at this candidacy and wonder if Joe Biden’s senile-esque behavior deserves to be given the highest office in the land just because Trump says stupid stuff on Twitter. You’re not then just voting against Trump; you’re voting for a man who will do nothing to improve this country after the greatest global crisis since World War II, and will merely succumb to the whims of the people who want to burn this country down because they think they can rebuild from the ashes.