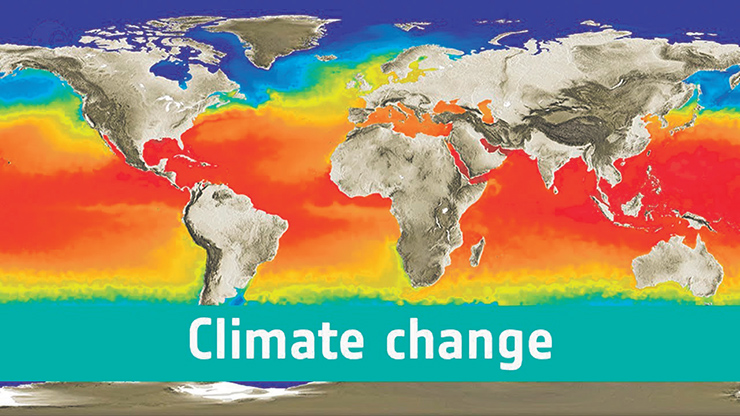 For seven hours on CNN last week, Democratic presidential candidates yammered on about “the greatest existential threat in the world”: Climate Change. For good reason, the Democratic National Committee voted against having a debate dedicated to Climate Change. This is because while Democrats feel they can win elections on Climate Change being a problem, they will lose spectacularly when showcasing their solutions. The CNN town hall proved just that.
As always, critics of any article that challenges the gospel and dogma of Climate Change will automatically dismiss the article as Climate Change Denial. For those critics, it is important to issue the disclaimer that Climate Change is real, the temperature will rise by two to six degrees Celsius by 2100, and the man-made carbon emissions bear some to all responsibility for that. There are a variety of ways to address this issue, many of which do not include radically transforming the economy or impinging on the freedoms of Americans. The Democrats on CNN’s stage last week seem uninterested in those solutions, opting only for the most radical proposals available.
Every candidate supports the Green New Deal, which is estimated to cost $93 trillion and have no impact on global temperature increase by 2100. The GND’s architect, former Chief of Staff to Alexandria Ocasio-Cortez and co-founder of the Justice Democrats, Saikat Chakrubarti, even admitted that they were originally writing economic legislation, not a Climate Change proposal. Senators Warren, Sanders, Booker, Klobuchar, and Harris all co-sponsored the GND in the Senate, and didn’t vote for it back in March.
Andrew Yang proposed that the federal government buy back gas-powered cars to get people to buy electric, and to want to “shape our system” so everyone becomes a vegetarian. Joe Biden wants to shut down all coal plants. Bernie Sanders wants America to fund abortions in poor countries for population control. Julian Castro wants public schools to indoctrinate its students on Climate Change. Pete Buttigieg says “you are part of the problem” if you eat meat or use straws.
While none of these “solutions” would realistically work or have a chance of getting passed through legislation, the absolute worst thing a candidate said came from Elizabeth Warren. When asked about nuclear plants being an alternative to fossil fuels, she rejected it. “In my administration,” she said, “we’re not going to build any new nuclear power plants, and we are going to start weaning ourselves off nuclear energy and replacing it with renewable fuels over… we’re going to get it all done by 2035, but I hope we’re getting it done faster than that. That’s the plan.”
That’s not a plan. That’s a pipe dream. Wind and solar energy is remarkably inefficient, and there has been little to no progress in that technology for decades. Experts say that the only way to maintain our energy consumption without fossil fuels is nuclear energy. The fact that it’s not a serious consideration by the Democrats means that this “existential crisis” that must be fought “like it’s World War II” is exactly what everyone knows it is – a way to win elections. It’s more than that, though. It’s an attack on Americans and how we live.
Based on the rhetoric, one would assume that America is the biggest problem on the world stage regarding carbon emissions. This is not true. According to 2017 data from Global Carbon Atlas, China is responsible for 27.2% of global carbon emissions as opposed to the United States’ 14.6% (India is third with 6.8%). The big difference is, while the United States is reducing its emissions year after year, China and India are on the rise. While America is switching energy plants to natural gas (which is a much cleaner form of energy), China is planning on building between 300 and 500 new coal plants by 2030.
Another talking point is that the United State emits far more than our population would warrant. After all, America has 330 million people, while China and India each has over a billion. If carbon emissions per capita are taken into account, then the United States is the largest, right? Wrong. In 2017, per capita emissions in Qatar, Trinidad & Tobago, Kuwait, United Arab Emirates, Bahrain, Australia, and Saudi Arabia were all higher than the United States. Qatar actually emitted three times as much per capita as the US.
The Democrats want to demonize only America for global issues, because demonizing America means demonizing President Trump. Candidates attacked Trump as a danger to climate, but the best example they can come up with is Trump stopping a “second-wave” of light bulb regulations that were set to hit in 2020. They view that as an attack on the climate, while the Trump administration views it as preventing a cost to consumers and small business. This is all a pleasant side-show to distract from what really must be done to lower global carbon emissions.
The world needs energy, and most countries aren’t as developed as America. Sanctions on China and India for building coal plants, pushing forward new nuclear technology, increased fracking for natural gas (as opposed to coal) are all proposals that aren’t even touched by the Democrats. They are too busy banning straws and hamburgers to tackle real solutions that the extreme left, which will help push any candidate to a primary win, doesn’t want to hear. The only thing the Democrats know how to do is spend money and remove freedoms. This is why they are excited about a $93 trillion Green New Deal and a restructuring of American diets. This is also why their proposals are destined to fail, both legislatively and electorally.
Moshe Hill is a political analyst who has written for The Daily Wire, The Queens Jewish Link, The Jewish Link of New Jersey and JNS.org. He is regularly featured on “The Josh M Show” podcast. Subscribe to aHillwithaview.com for more content from Moshe Hill. Like him on Facebook at facebook.com/ahillwithaview and follow on Twitter @TheMoHill.