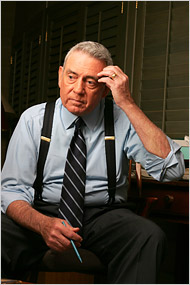 Dan Rather, former CBS Evening News anchor, just provided a perfect explanation as to why it’s so important that Trump communicates via Twitter.
“To my fellow members of the press,” Rather writes, “I suggest we refrain from quoting the presiden’ts words from prepared speeches into headlines and tweets without context.  He sometimes says the right thing.  The real questions are what he does and what he really believes.”

Rather tweeted this after President Trump delivered remarks about the shootings in El Paso and Dayton where he condemned white supremacy.  “The shooter in El Paso posted a manifesto online consumed by racist hate,” Trump said.  “In one voice, our nation must condemn racism, bigotry, and white supremacy.  These sinister ideologies must be defeated.  Hate has no place in America.  Hatred warps the mind, ravages the heart, and devours the soul.  We have asked the FBI to identify all further resources they need to investigate and disrupt hate crimes and domestic terrorism — whatever they need.”
Apparently this doesn’t bode well with the media narrative that Trump is, himself, a white supremacist (as presidential candidate Beto O’Rourke has said).  The media hate that they are no longer the barrier through which the information to the public is filtered.  Rather spills the beans here, outright telling “objective” media to NOT quote the president because he “says the right things”.
Rather lost credibility when he lied about President George W. Bush’s service record.  However, as Brian Williams can attest, if you spout the correct leftist narrative, you can still be considered trustworthy.  President Trump’s tweets are many times a thorn in the side of the GOP, but its necessary to circumvent the media who think they alone deserve to be the arbiters of truth.
Moshe Hill is a political journalist who has written for The Daily Wire, The Queens Jewish Link and The Jewish Link of New Jersey. He is regularly featured on ‘The Josh M Show’ podcast. Subscribe to aHillwithaview.com for more content from Moshe Hill. Like him on Facebook at facebook.com/ahillwithaview and follow on Twitter @TheMoHill.