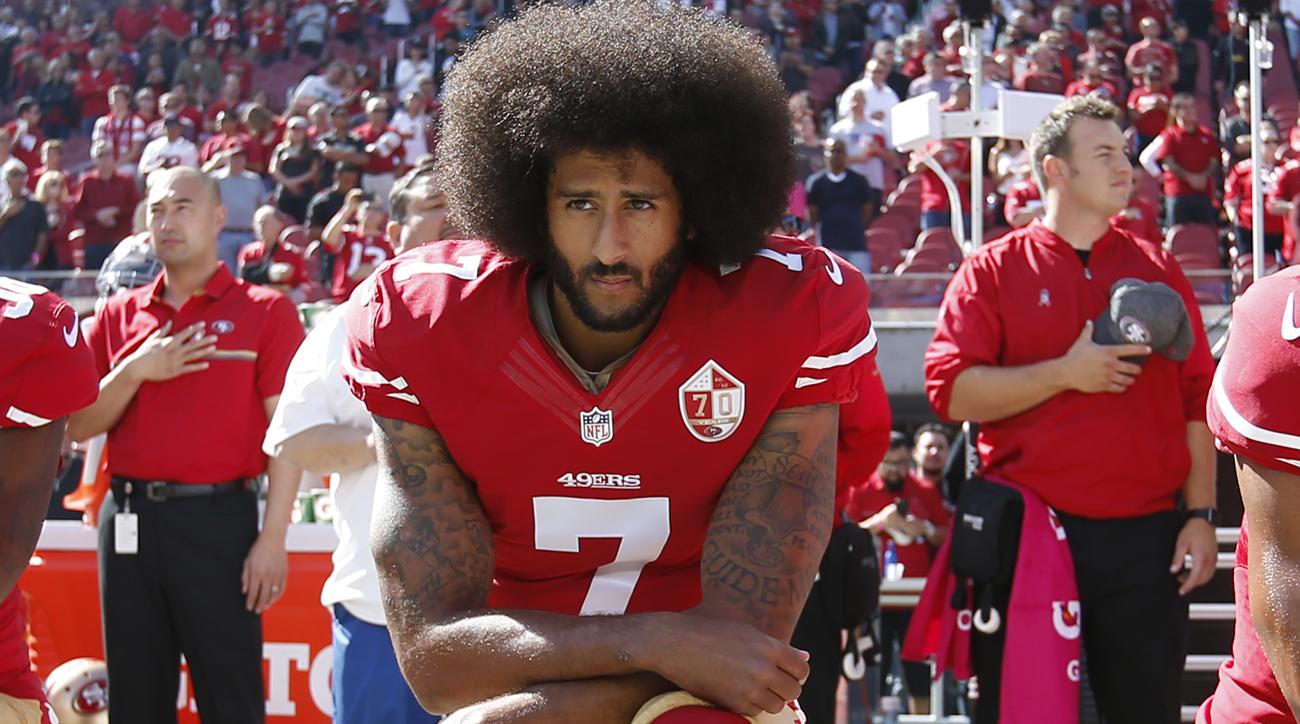 Colin Kaepernick’s hatred for America is front and center of the national conversation again, with the news that Nike pulled a shoe depicting the Betsy Ross American flag upon his request.  Nike, who has benefited from the calculated risks on associating with Kaepernick, has just lost at least $2 million in incentives from the state of Arizona because of this move.  They deserve to lose a lot more.
In a thread on Twitter, Republican Governor of Arizona Doug Ducey lambasted Nike for siding with Kaepernick, former athlete turned professional activist, over the country that they built and grew their business in.  “Today was supposed to be a good day in Arizona,” Ducey tweeted, “with the announcement of a major [Nike] investment in Goodyear, AZ…  And then this new broke yesterday afternoon. ”

The Wall Street Journal broke the story that Kaepernick told Nike that they shouldn’t sell “a shoe with a symbol that he and others consider offensive, according to people familiar with the matter.”  WSJ continues, “After images of the shoe were posted online, Mr. Kaepernick, a Nike endorser, reached out to company officials saying that he and others felt the Betsy Ross flag is an offensive symbol because of its connection to an era of slavery, the people said. Some users on social media responded to posts about the shoe with similar concerns. Mr. Kaepernick declined to comment.”
This is the way that Kaepernick operates.  He makes a statement with no logic or backing and has no incentive to justify his position because there are many on the political left who support him in his hatred for America.  He should be hounded by every media outlet in the country over this stance.  Instead it will be forgotten, like so many of his other political positions.  The Democrats have had a patriotism problem for years, according to a YouGov poll, where even during the Obama Era, Republicans were considered far more patriotic than Democrats.

That lack of Patriotism comes with real-world consequences for Nike.  “Words cannot express my disappointment at this terrible decision. I am embarrassed for Nike,” Ducey continued.  “Nike is an iconic American brand and American company. This country, our system of government and free enterprise have allowed them to prosper and flourish.“Instead of celebrating American history the week of our nation’s independence, Nike has apparently decided that Betsy Ross is unworthy, and has bowed to the current onslaught of political correctness and historical revisionism. It is a shameful retreat for the company. American businesses should be proud of our country’s history, not abandoning it.

“Nike has made its decision, and now we’re making ours. I’ve ordered the Arizona Commerce Authority to withdraw all financial incentive dollars under their discretion that the State was providing for the company to locate here. Arizona’s economy is doing just fine without Nike. We don’t need to suck up to companies that consciously denigrate our nation’s history.
“And finally, it shouldn’t take a controversy over a shoe for our kids to know who Betsy Ross is. A founding mother. Her story should be taught in all American schools. In the meantime, it’s worth googling her.”

Even though Nike’s sales and stocks may not be directly affected by this decision, as they weren’t when they first associated with Kaepernick, they should still think twice about their public image.  American Patriotism swings wildly based on world events.  The next time something as miraculous as the moon landing or tragic as 9/11 happens, when the vast majority of the country feels an overwhelming amount of American pride, Nike doesn’t want to be that company the banned the American flag.  They should undo this decision, and just sell their sneakers.
Moshe Hill is a political journalist who has written for The Daily Wire, The Queens Jewish Link and The
Jewish Link of New Jersey.  He is regularly featured on ‘The Josh M Show’ podcast
Subscribe to aHillwithaview.com for more content from Moshe Hill.
Like him on Facebook at facebook.com/ahillwithaview and follow on Twitter @TheMoHill