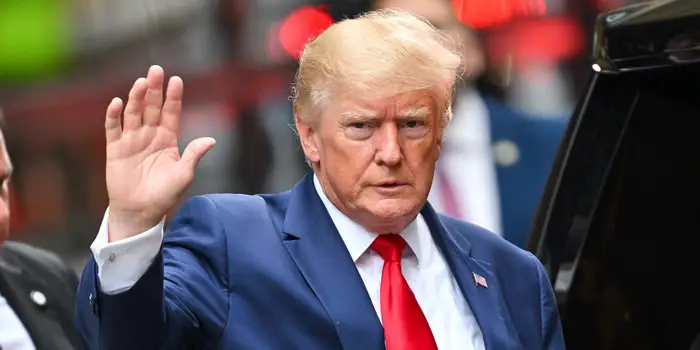 There are plenty of people who are above the law.  Alec Baldwin can shoot a woman in the face and have zero repercussions.  Jeffrey Epstein was allowed to act with impunity for years.  Members of Congress engage in insider trading on the regular.  Of course, Hunter Biden has hours of video footage and mountains of evidence documenting his misdeeds.

This is not to say that President Trump is not subject to the laws of this country.  This is to say that if someone is ferociously typing into social media “no one is above the law,” a giant asterisk should be placed next to that statement.  They don’t mean it.

So should Trump be frogmarched into court and face the consequences for the enormity of his sins – holding onto boxes of documents?  Let’s assume (and this is a giant assumption) that he held onto these boxes deliberately.  Trump doesn’t seem like the kind of person who packs his own boxes and seals them with Scotch packing tape.  Trump also claims that there was a “standing order” to declassify anything that he took from the White House.  Whether or not that passes legal muster is up for debate.

However, there is a far larger issue at play here.  President Trump is not only the former President, he is also the lead contender for the nomination in 2024.  There is no imagination needed for how the Democrats feel about that kind of behavior.  They impeached Trump over abuse of power back in 2020.

In July of 2019, President Trump had a phone call with Ukrainian President Vladmir Zelensky in which he mentioned that Ukraine should look into Burisma, an oil and gas company with Hunter Biden on the board.  This was seen as a gross breach of conduct, and Trump was impeached over it in the House of Representatives.  At the time of the phone call, Joe Biden was one of 12 contenders for the Democratic nomination (albeit was polling in first).

The accusations against Hunter, and by extension his father, were far more consequential than what is occurring now.  By comparison, Trump is essentially being accused of keeping overdue library books, while Hunter was taking bribes from foreign governments.  “No one is above the law” was strangely absent from the media lexicon at the time (unless they were talking about Trump).

Even if Trump were absolutely guilty of using the power of his office to harm a political rival – something that has not been proven and categorically denied by the Trump team – that still was, in the end, a phone call.  It was not a pre-dawn raid into his rival’s home by federal agents flown from D.C. that lasted for hours and included busting into his safe and rummaging through his wifes closet.  It’s different in kind.

This isn’t an issue that affects national security, which Hunter was accused of (yes, taking bribes from a foeign nation when you’re the son of the former Vice President and at-the-time frontrunner is a matter of national security), this a tug-of-war between a president who may be thinking about his presidential library and the National Archives, an organization that most Americans probably doesn’t even know exists.  The Presidential Records Act isn’t even a criminal statute, a prerequisite for a search like this.

So the warrant claimed that Trump was in violation of the Espionage Act.  Sounds serious.  Except even the people who signed and executed the warrant didn’t believe so.  The warrant was signed on Friday, the raid was conducted on Monday.  3 days is a long time to wait when there are such pressing matters of national security that a pre-dawn raid must be conducted to retrieve these earth shattering materials that are vital to American interests.  Or, is it more likely that the news cycle on Monday has more of an impact than it does on Friday.

Merrick Garland admitted that he signed off on the raid after his office initially denied it.  Garland, who was passed over for the Supreme Court because his nomination by Barack Obama occurred in an election year with a Republican majority in the Senate, has already been shown to be a political puppet of the Biden administration.  Between siccing federal agents on parents who complain to school boards to suing states that are anywhere to the right of Bernie Sanders, Garland is everything that the left claimed Bill Barr was; a political stooge.  This only solidifies that.

Then there’s the judge who signed the warrant – Bruce Reinhart.  Not only was a on the Epstein legal team and donated to the Obama 2008 campaign, old facebook posts reveal his personal animus towards President Trump.  Quoting notorious never-Trump Robert Reich, “Donald Trump doesn’t have the moral stature to kiss John Lewis’s feet.”  Reinhart found it necessary to recuse himself of Trump v. Clinton, the lawsuit over the accusations that Trump colluded with Russia to steal the 2016 election.  Apparently he couldn’t hear that case, but he had no issue signing the warrant to bust into Mar A Lago.

If all of this reeks to you, you’re not alone.  This act was so egregious that even Democrats like Andrew Cuomo are balking.  “DOJ must immediately explain the reason for its raid & it must be more than a search for inconsequential archives,” tweeted Cuomo, “or it will be viewed as a political tactic and undermine any future credible investigation & legitimacy of January 6 investigations.”  Yet this is not the first example of the Biden/Garland DOJ overzealously targeting political opponents.  Peter Navarro, John Eastman, Jeffrey Clark, Steve Bannon, and Project Veritas’ James O’Keefe have all been political targets in the past year.  This says nothing about the aforementioned January 6th rioters, many of whom have been held without trial in prison for over a year and are being treated far differently than the George Flloyd rioters.

Yet Trump-haters cheer.  The ends always justify the means, and they want to see Trump jailed, even if it means the country burns and we become no better than any banana republic.  Which goes to show it’s not about no one being above the law, it’s about power, and doing anything you can to keep it.