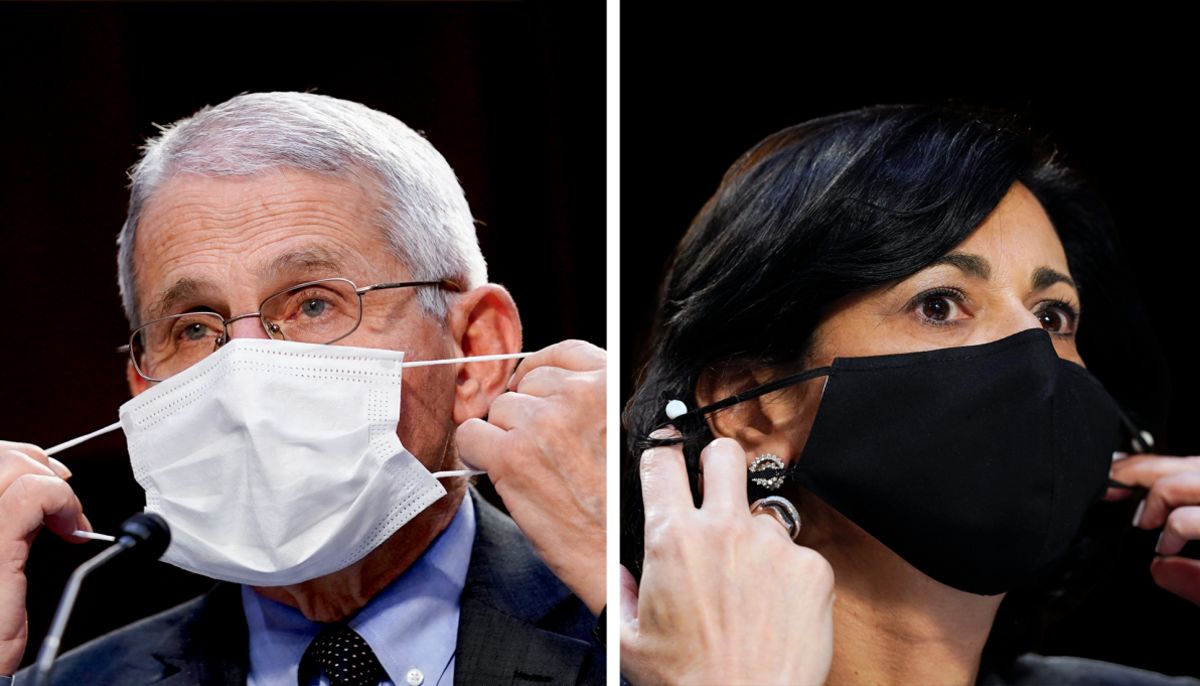 President Joe Biden has had a very bad week. Rising gas prices and shortages, terrible job numbers, skyrocketing costs of goods in all sectors, and a war in the Middle East have all been caused by or wildly mishandled by this administration.  Even with a slanted media bias, Biden was getting bad press.  So to change the narrative, he finally let the CDC be something it hasn’t been during his tenure: scientific.

Until now, the CDC, under the leadership of Rochelle Walensky, has been a political prop for the White House.  Everything that the media claimed President Trump did while in office, Biden actually did.  When Walensky said during a CDC press conference that it was safe for schools to reopen, White House Press Secretary Jen Psaki claimed she was speaking in her “personal capacity,” not as CDC director.  When they were going to release guidelines on schools, they revised them to include what the teachers unions wanted.  The party that claimed “science is back” didn’t bother looking at the science.

This week, the CDC announced that vaccinated people don’t need to wear masks indoors or outdoors.  If one were a neutral observer of such an announcement, one would assume that a study or report precipitated the change in policy.  Only through science and data could the CDC radically shift its recommendation, correct?  Wrong.  No such report was made public that week, because the data needed to make the recommendation has been available for four months.  The CDC just chose to keep the COVID crisis going.

But why keep a crisis – which has clearly been on the wane for the entirety of 2021 – so prevalent?  Was it in the name of safety?  Or was there another, political purpose?

Joe Biden wants to be a transformative president, and he’s certainly achieving just that.  He wants to spend an additional $6 trillion this year on top of the $4 trillion budget.  He can only do that if there’s a crisis.  That’s how he got the $1.9 trillion spending package a few months ago.  That’s how he wants to pass his infrastructure plan and his jobs plans.

Except his plans do not work.  The economy is stagnating because of him, and it’s the average American who’s paying the price – literally.  The consumer price index had its highest growth since 2008, and some products haven’t been this expensive in 40 years.  Employment was supposed to rise by a million jobs in April, but only rose by 266,000 jobs. Apparently, paying people to stay home doesn’t get them back to work.

So the CDC sat on vital information that would have gotten more people vaccinated and more people back to their normal lives, because Joe Biden needed a political win.

This is not a right-left issue.  Conservative commentator Ben Shapiro has been saying for months that the CDC is lying to the American people, quoting epidemiologists such as Dr. Marty Makary.  Senator Susan Collins, who is probably the most left-wing Republican in the Senate, said, “I used to have the utmost respect for the guidance from the CDC. I always considered the CDC to be the gold standard. I don’t anymore.”  Dr. Sanjay Gupta, the very left-wing contributor to CNN, agreed with her.  “It pains me to say this, but I see where she’s coming from, Senator Collins, on this,” Gupta said. “I think for a long time the concern was the CDC was providing guidance at the beginning of the pandemic that was not scientifically based, and as a result, we didn’t do things we should have done in this country that could have greatly mitigated what has happened here. And now I think it’s almost a little bit of a reverse problem. The science is not necessarily being followed to the same extent and as a result we’re probably doing things that we don’t need to be doing.”

Many people just won’t believe that they shouldn’t be afraid anymore.  The simple fact is, if you are vaccinated, you can go back to normal.  COVID is over.  But that bell is not so easily unrung.  Left-wing social media was filled with proclamations that the mask is not going to come off.  Nancy Pelosi said she is not changing the House rules on masking.  States have not immediately lifted their mask mandates.  But if you are vaccinated, you should not care about people who may not be.

The CDC, under Rochelle Walensky, no longer has credibility.  It’s akin to the FBI under James Comey in 2017.  When the leaders of these institutions are blatantly political in their jobs, the American people will no longer trust them.  The damage that could happen because we cannot trust the experts to give us the truth is incalculable, and it will take years, maybe decades, to restore that trust.

Moshe Hill is a political columnist and Senior Fellow at Chovevei Zion. You can find Moshe on his blog at www.aHillwithaView.com , facebook.com/aHillwithaView, or twitter.com/TheMoHill.